This 108 Keys USB Wired Keyboard has a removable wrist pad for comfortable feeling when it is used for long gaming time. It is made of durable aluminum making this keyboard durable and sturdy. It has multiple backlight modes that can be interchanged and adjusted.

This Adjustable RGB Backlit Rechargeable Mouse has colorful RGB lights that bring a good visual effect, making this mouse an excellent gaming mouse. It has an ergonomic grip and honeycomb design that provides ventilation and a cool effect in your palm.

The Adored Sniper is the first ritual weapon of its kind, with the ability to earn this season-exclusive sniper from either Crucible, Gambit, or Strikes. Additionally, there are three earnable ornaments from each of the three paths, and require a serious time commitment! Add this sought-after sniper to your arsenal with the GP Team's help! This Backlit Mechanical-Handfeel Gaming Keyboard has a mobile phone stand for your mobile phone to still be within your reach while you are using it. This keyboard is ergonomically designed for enhancing durability to provide an excellent gaming experience. Compatible with a computer with a USB 2.0 port, such as for Windows XP, Windows Vista/7/8/10, etc.

Tired of grinding through the base campaign on your other characters? Save hours of your time - the team at GuardianProxy is here to help!

We will complete the full Beyond Light Campaign (RECOVERY SERVICE ONLY) up until you have unlocked the base Stasis subclass and Eramis is defeated. We also offer a bonus option to help boost you to 1200 Soft Cap!
This campaign service does not include earning the Aspects, Fragments, etc for the Stasis subclass.

Must have the Beyond Light DLC.

This Bluetooth Gamepad Controller for Sony Playstation 4 has a powerful Bluetooth wireless connection up to 8 meters without any lag and delay. Also, it has built-in LED lights that indicate different colored LEDs. It has a 3D joystick, built-in left and right asymmetric motor that supports dual motor vibration function for a more enhanced gaming experience.

Our Guardians now wield the Darkness in a brand new subclass called Stasis. Earning and upgrading this subclass is a time commitment and involves several side quests on Europa, in Gambit, Strikes, Crucible, and more. If you're looking to unlock the full potential of Stasis quickly, the GP Team is here to help!

Please read the options carefully, as several options have individual requirements/precursor steps that must be completed once the base Beyond Light Campaign is complete. We offer services for all prior steps.

About this Service & Options

Once unlocking the higher tier Empire Hunts offered on Europa, Cloudstrike is available to drop as a very rare reward! We are now offering a service for a GUARANTEED Cloudstrike from the rotating Empire Hunt. Please note that this service will result in a guaranteed drop, regardless of how many Hunts it takes to obtain!

- We will complete the Empire Hunt on rotation, likely on a more difficult option depending on your accounts Light Level as the drop rate increases in higher difficulty

The Cryptolith Lure is a device used exclusively for Wrathborn Hunts offered by the Crow, and when upgraded, can offer some great rewards. We all know we hate this guy BUT his rewards are amazing if you're looking to boost your power level! Although he looks and sounds like someone we totally put a bullet into, he's not! The Crow aka Uldren is a new Vendor released in Beyond Light and he has tasked us in dealing with these Wrathborn, hunt em down and finish the job. Upgrading the Lure will reward you with more powerful gear and eventually a pinnacle gear. If you're looking to take advantage of these rewards and increase your reputation with the Crow, the GP Team is here to help get it done ASAP!

Increases the amount of recon data obtained from Wrathborn hunts

Increases the amount of recon data obtained from Wrathborn hunts

Increases the amount of Mutation mods obtained from Wrathborn Hunts

Complete bounties and challenges for a big XP boost and powerful rewards!

The Crow has 4 daily bounties, 2 weekly bounties and a weekly challenge. This is a great way to get some extra XP and powerful/pinnacle gear.

We will complete the 4 available daily bounties.
REWARDS: XP

We will complete the 2 Weekly Bounties.
REWARDS: XP

We will complete the Weekly Challenge.
REWARDS: Powerful Gear (Tier 3)

Regular price $0.00 Save $0.00
Didn't find what you were looking for? Don't worry! We set up custom deals all the time for our customers - Always at a favorable price. Feel free to message us on support@guardianproxy.com, the livechat or fill out a form on our contact page explaining your needs, and someone from our team will be in touch ASAP! We look forward to hearing from you :-)

Regular price $0.00 Save $0.00
When you shoot this Rocket Launcher you'll understand why they named it the Deathbringer! Once fired a giant purple  -nova bomb almost like- rocket will shoot out the gun but, wait it gets better... that giant purple ball of death breaks up into smaller tracking balls that completely takes your enemy by surprise!

Beyond Light is here and with it, our first new raid called the Deep Stone Crypt!Head into this new raid with our team or have one of our boosters head into it for you, either way you’re getting that sweet….SWEET loot! There will be plenty of new rewards to earn for your Guardians! New armor set, weapons, mods and emblem to collect and most importantly FLEX! Down below are just some of the rewards you may have a chance at getting! Also, a fair mention is that any weapon you obtain while in the raid may have a chance at being re-rolled at the end to help obtain that god-rolled weapon sooner!!

This exotic rocket launcher has a chance to drop when you defeat the final boss of the raid.

You get this exotic sparrow by completing the Not a Scratch Triumph.

You get this exotic sparrow by completing the Rock Bottom Triumph. 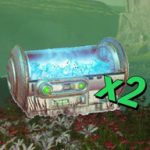 We will obtain the hidden raid chest with this service.

Keep up to date with the latest offers and deals.